by The Garifuna Collective 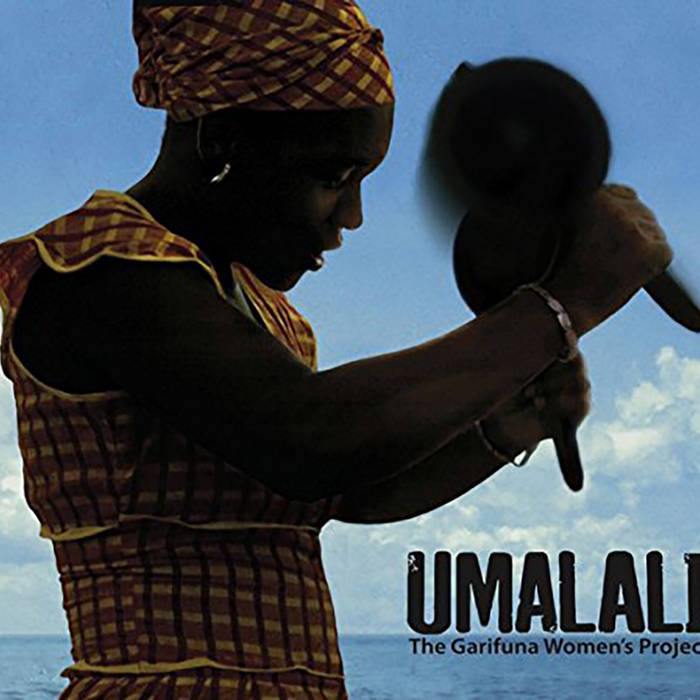 Umalali: The Garifuna Women's Project is an album overflowing with stories. There is the story of how it was made: a ten-year labor of love that started with five years of collecting songs and discovering striking female voices, followed by recording sessions in a seaside hut, and ending with exquisitely detailed and subtle production wizardry. There are the stories told in the songs: of hurricanes that swept away homes and livelihoods, a son murdered in a far-off village, the pain of childbirth and other struggles and triumphs of daily life. There are the personal stories of the women who participated in this magical recording project: mothers and daughters who, while working tirelessly to support their families, sing songs and pass on the traditions of their people to future generations.

Umalali is also the story of a young, innovative music producer from Belize whose meticulous and inventive craftsmanship has resulted in what will surely be recognized as one of the most uplifting and moving albums in recent memory. Blending the rich vocal textures of Garifuna women with echoes of rock, blues, funk, African, Latin and Caribbean music, Umalali is an entrancing journey into the heart and soul of women whose strength, hard work and perseverance provide the bedrock of their community.

Descendents of shipwrecked African slaves who intermarried with the Carib and Arawak Indians of the Caribbean, the Garifuna people live primarily in small towns and villages on the Caribbean coasts of Belize, Guatemala, Honduras and Nicaragua. Umalali: The Garifuna Women's Project expands on the story of this fascinating community, which is struggling to retain its unique language, music and traditions in the face of globalization. Umalali (which means "voice" in the Garifuna language) began in 1997, when a young Belizean musician and producer named Ivan Duran began traveling to Garifuna villages in search of exceptional female voices. The founder of the Belize-based label Stonetree Records, Duran had noticed that while men were usually in the spotlight, it was the women that were the true caretakers of Garifuna songs, and were often responsible for new compositions that dealt with issues of day-to-day life. "With women, music is more part of their daily lives," explains Duran. "They are the bearers of most of the traditions, they are the ones who teach the Garifuna language to the children while the men are either out to sea all day on their fishing boats or working abroad to earn money to send home to the family."

Duran began by recording women in natural settings: kitchens, living rooms, in the streets or in the Garifuna temples, often putting on tape voices that had never been recorded before. But while Ivan recognized the importance of documenting these songs, his intention was always to create something more. He had in mind a musical journey, one that blended Garifuna traditions with contemporary flavors to capture the soul and spirit of Garifuna women in a way that would translate to the wider world.

Says Duran, "The project was always about the stories, about the lives of these women, about capturing the essence of their voices and putting them in a modern context. I was looking for songs that people everywhere could enjoy for their musicality and melodies, not just on a purely intellectual level."

During these early years of the project, Duran discovered a number of exceptional talents, women with striking voices and engaging personalities, whose songs echoed with the joys and sorrows they had experienced during their lives. Sofia Blanco, a 54-year old mother of four from Livingston, Guatemala, first sang for Ivan in the temple home of Garifuna Collective member Paul Nabor. The minute she opened her mouth and he heard her tender and heartbreaking voice, Duran knew he had found a singer for the ages. Sofia's daughter, Silvia, also sings lead vocals on two tracks on Umalali.

Duran was also introduced to Desere Diego, a young singer in her late 20s who is one of the few Garifuna women to make her living through music. Blessed with a powerful voice that can echo over pounding drums and chants for hours on end, Desere sings at almost every Dügü ceremony in southern Belize. A traditional healing ceremony, the Dügü is a ritual feast in which the community comes together to honor ancestral spirits and ask them for their intervention in curing the affliction of a living family member.

In 2002, after five years of research and preparation, Duran set up a recording studio in a small, thatch-roofed hut that rests on stilts just steps from the Caribbean Sea in the village of Hopkins, Belize. The songs, many of which were composed by the women who sang them, included moving ballads, upbeat anthems of celebration and religious chants. It wasn't always easy getting the women he wanted into the studio because they were so busy with their daily chores and jobs. But the women knew they were part of something exceptional, a project that would link them to their Garifuna brethren in other areas and one that would present their voices to the outside world.

After the Hopkins sessions were finished, Duran took the tapes to his Stonetree Studio in the town of Benque Viejo in western Belize. Over the next five years, Duran recorded layers of instruments, tightened the structures of the compositions and added subtle effects and elements of ambiance to capture the context in which the music is often heard. He invited various members of the Garifuna Collective, an all-star, multi-generational lineup of musicians who are devoted to taking Garifuna music in new directions, to lay down guitar, bass and sax parts, although Duran himself played extensively throughout the album as well.

While he probably could have kept fiddling for years to come, in late 2007 Duran finally put the finishing touches on the twelve tracks included on this album. The joy of completion is tempered by Duran's frustration that all of the dozens of singers who participated in project could not be included on the final CD. Since Duran feels this is their album as well, some of these songs are available as part of the enhanced features on this CD, accessible via computer. The extensive field recordings will be made available to researchers and Garifuna musicians, in the hopes that future generations can appreciate the valuable role women have played in the preservation and persistence of Garifuna culture.